As a software library grows, so does its complexity. This comment certainly applies to QMCPy [1], our Python library for high-dimensional numerical integration. UML (Unified Modelling Language) diagrams are a helpful tool for visualizing QMCPy’s intricate object oriented framework. These network diagrams display an objects methods, attributes, dependencies, and inheritance relationships. We have used the Python tool pyreverse to automatically generate such UML diagrams, which we have included in the QMCPy documentation. For a comprehensive introduction to various aspects of UML and its latest version 2.5, readers may refer to, for example, [2].

First, we overview the relationships between the five main abstract classes in QMCPy version 1.0:

For clearer illustration and better readability, we may not include all subclasses implemented in QMCPy in the subsequent diagrams. Interested readers are referred again to the QMCPy documentation.

In a UML class diagram, each class is contained in a rectangular box. A child class has an edge with a triangular arrow head that points to its parent. If a class C internally uses an object of another class D, the edge would have a solid black diamond head from class D pointing to C. A green label of an edge recaps the name of a field in the class being pointed to, realized by the class from which the edge stems.

The first UML class diagram shows the abstract Integrand class and its implementations (children). Notice that many integrands used to price financial options (specifically AsianOption, EuropeanOption, and MLCallOptions) utilize BrownianMotion, a child of the Gaussian class and grandchild of abstract TrueMeasure class. In particular, AsianOption and EuropeanOption contains a field called true_measure, which is highlighted in green in the UML class diagram below and implemented as a BrownianMotion object.

The second UML class diagram is DiscreteDistribution and its subclasses.

The last high-level diagram relates StoppingCriterion and AccumulateData. In particular, every StoppingCriterion implementation uses an AccumulateData implementation for storing the parameters that were used and set during the numerical approximation algorithm. The following class diagram includes only Quasi-Monte Carlo stopping criteria, but QMCPy actually also contains a number of standard (IID) Monte Carlo stopping criteria as well.

In the remainder of this blog, we will present in greater detail the internal members of each main class. Each class is listed at the top of a rectangular box with its public fields and methods in the middle and bottom sections of the box, respectively. A child class inherits the methods of its parent class. However, a child’s may override the parent’s handed down method. In this case, the child’s method is listed again at the bottom of their UML box.

The Integrand class has three main fields and methods. Each of its five subclasses has its own specific implementation of the integrand, g, but shares the same method, f, that returns the weighted average of (transformed) function at nodes from the DiscreteDistribution. The specific weights, transformation, and sampling mechanism are determined by the associated realizations of the TrueMeasure and DiscreteDistribution classes. For instance, the Keister integrand uses the Gaussian true measure and may be paired with any DiscreteDistribution instance.

QMCPy has implemented five children classes for TrueMeasure. A child class of TrueMeasure has an attribute called discrete_distrib that is a DiscreteDistribution instance. This enables the main gen_samples method to select and transform points accordingly.

DiscreteDistribution in QMCPy plays a central role in (Q)MC algorithms, which are iterative in nature. In every iteration, a concrete subclass of DiscreteDistribution decides the coordinates of sampling points for integrand evaluations, which are then aggregated into an average value that serves as an estimate of a given integral problem. We refer readers to an earlier blog for a succinct presentation of low discrepancy sampling points used in QMC algorithms versus IID sampling schemes in more traditional MC methods.

QMCPy’s abstract StoppingCriterion class currently has the largest number of instances. Each concrete implementation has two main abstract methods, set_tolerance and integrate. The method set_tolerance allows users to reset absolute and/or relative tolerances used in the integrate method. Calling integrate will construct an AccumulateData object to generate and house data such as sampling indices, function evaluations, and expectation approximations.

As mentioned, an AccumulateData subclass collects data throughout the numerical integration computation. The method update_data collects statistical estimates such as the sample mean, sample variance, and approximate time per sample. An AccumulateData instance can often be used by multiple StoppingCriterion. For example, LDTransformData is used by both the CubQMCLatticeG and CubQMCSobolG stopping criteria. Since an AccumulateData object knows about the four other components in the QMC problem, printing the data object displays a nice summary of all relevant fields and parameters.

We hope these UML diagrams help both researchers and developers better understand the QMCPy architecture. The diagrams throughout this blog are reproducible using the pyreverse package whose S option will reveal extra details including private fields and methods. 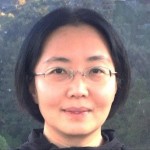 Dr. Sou-Cheng T. Choi is Chief Data Scientist at the Kamakura Corporation and Research Associate Professor of Applied Mathematics at the Illinois Institute of Technology.

Aleksei Sorokin is an Applied Mathematics and Data Science student at the Illinois Institute of Technology.